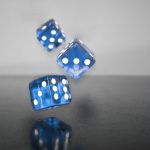 The Tories haven’t had a significant majority since 1987, 30 years ago, and despite the atmosphere created by the noise from the press, Theresa May has by her own admission lost the snap election she promised not to call. Her main achievement since her coronation seems to have been to unify the Labour Party.

Over the last seven years, we have consistently seen the Tories gamble with our democracy and risk our constitution with their entitled assumptions in the Independence Referendum, the EU Referendum and this snap election, never mind the lacklustre economic performance their austerity ideology has created.

I wasn’t a huge believer, but Corbyn had a stellar campaign when compared to Mrs May. She has proven not to be strong and stable, or even have any political intelligence when it comes to reading voters’ views, but she has certainly been defiant today in the face of her downfall.

I won’t be quite running through fields of wheat or high-fiving Emily Thornberry’s breast today, but with the brilliant results in Birmingham, maintaining all nine Labour seats with even a new Labour MP winning Edgbaston, I’ll be watching and waiting to see if there will be a second Tory ‘coronation’ since 2015 in the next few days.