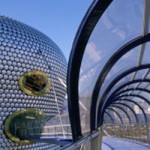 Say ‘Birmingham’ to a New Yorker and they’ll be thinking Sweet Home, Alabama, not Brum’s inner-city Balti Triangle. But, America’s popular newspaper The New York Times has ranked England’s second city 19th in a list of 45 must-see places for 2012.

Coming one place ahead of ‘space’, the home of Aston Villa, the Bullring and Cadbury’s chocolate factory also beat exotic and luxurious destinations Vienna, Montpelier and Antarctica, places any jet-setting traveller would be more likely to expect to find on a list of the places to visit this year.

The NYT’s suggestion that England’s second city could be a foodie’s heaven is intriguing the UK: “Birmingham is famous in Britain for its Balti Triangle, an area of town that is home to a beloved Pakistani-Kashmiri curry dish invented here; it is also birthplace to such classically British food items as Typhoo Tea, Bird’s Custard and HP Sauce.”

While London, Glasgow and Wales also appear on the list, it is Birmingham’s inclusion that has excited the UK media’s attention, given the city’s grim industrial image that persists across the country in spite of 20 years of investment and regeneration.

Jerry Blackett, chief executive of Birmingham Chamber of Commerce Group, told the BBC: “The rise in popularity of Birmingham as a leisure and tourist destination has been rapid. Birmingham’s cultural, entertainment and gastronomic attractions do now indeed compete with the very best – it’s official.”

The newspaper adds a list of three Michelin-starred chefs, local talent and up-and-comers building on an already rich dining scene and provides click-throughs for other attractions and places to stay.

2 thoughts on “From swanky New York to Birmingham balti”