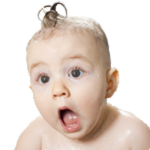 Disregarding the simplistic and unevidenced class-based pronouncement by David Lammy that a lack of parental self-confidence in disciplining children could be partly responsible for so profound a social problem as last year’s riots, the debate over smacking has only brought to the surface the absolute lack of regard our society has for its young.

To justify their lamentable attitude towards a person who is perhaps half your height and a quarter of your weight, those supporting Lammy’s call for parental sovereignty have insistently used the word ‘smack’ and contested any attempt to use synonyms, such as hit or beat. They reject any attempt to label corporal punishment with more emotive language.

To make the truth less unpleasant, they deny its nature by disguising it with palatable words and ambiguity.

The euphemism has a rich tradition dating back to ancient Greece, where it meant ‘to keep a holy silence’, or ‘speaking well by not speaking at all’. The eupheme was originally used in place of a religious word or phrase that should not be spoken out loud and etymologically is the opposite of blaspheme – or evil-speaking.

Oxford Dictionaries online describes the euphemism as ‘the use of a milder or vaguer word or phrase in place of one that might seem too harsh or direct in a particular context’; a substitute for ‘something unpleasant or embarrassing’.

Linguist and psychologist Steven Pinker coins the term ‘euphemisim treadmill’ in his popular books The Blank Slate and The Stuff of Thought to describe a process identified by philosopher WVO Quine in which a euphemistic word undergoes a semantic shift and evolves into a taboo word itself as it loses its euphemistic value and acquires its own pejorative overtones. The most easily recognisable example Quine cites is the word vulgar, which simply meant ‘of the people’.

All language is essentially public, as Wittgenstein might have said, and as a society we have become complicit in this doublespeak about child rearing. The acceptability of the word smack influences the way some people seem to happily endorse the prohibition of physical harm and abuse meted out by one adult to another, and readily recognise it as illegally violent, while thinking that the parenting of defenceless children is off limits for the state. If I examine the relativist stance of those saying you choose your morals and I choose mine, I can quite easily see that the logic is simply implausible.

Some of Kevin Meagher’s reasoning about smacking seems to lack logic as an argument for corporal punishment inasmuch as it is less about the child’s well-being and more about ‘ground down’ parents who know exactly how ‘draining the experience can be’. A polite smack seems to be in order if you’re unable to think of an alternative.

It’s not that I don’t sympathise with poor families in difficult circumstances, nor even the well-off ones like Lammy’s, who admit to smacking their kids. Looking after someone else’s needs every waking minute, and those they steal from your much-needed sleep, is the hardest work I’ve ever done. The demands are physical, emotional, intellectual and moral. There are the rewards, of course, but kids are egotistical and ungrateful. In the 80s, I brought up two children alone, while studying and working part time. I was dirt broke and often, in fact usually, exhausted and at the end of my frayed tether. I smacked my children occasionally. But I regard every single instance as a failure of good parenting on my part and a lack of respect for their dignity as individual human beings.

The oft-cited examples of kids putting themselves in danger of both an oncoming car/electric shock and a ‘necessary’ whack from mom or dad represent the path of least resistance to the thought-out hard work and planning that parenting requires. But even when I used the word smack to pacify my conscience, if either of my children had ever run into the road or put a finger into an electric socket, I’d have blamed myself for not being vigilant to their safety needs, not smacked them for being unaware that cars and electricity can kill.

Another tortured example is that of a child hitting another child. How can hitting a child to prevent it from hitting a child ever be right, let alone logical? Children learn respect and responsibility by example, not by a so-called ‘benign’ dictatorship of threatened pain. I suspect they’re not actually that different from the rest of us in recognising this affront to their intelligence.

Perhaps it won’t be until the euphemism ‘smack’ acquires its own degree of negative connotation that we finally realise that sparing the rod is not what spoils the child.