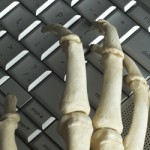 While trade unions in the UK represent more than six million workers (many more than the 400k or so of Tory and Labour members added together), it is fairly widely agreed that traditional methods of communicating with them no longer work as an effective means of carrying the message – to or from members. So, which model, or hybrid of old and new technologies, are we likely to see emerging as the culture of ‘social media’ takes hold?

This is usually a kind of hierarchical waterfall of communication, inasmuch as all communications go to national executive members, only some to branch secretaries and fewer again to reps, with the union magazine going to all members in their homes. Emails and texts are targeted at those for whom a union holds relevant contact details and membership systems allow members to opt in or out of the various methods used.

Engaging and using the press and broadcast media to communicate any given message is a vital link to the public as well as an indirect way of cultivating a high-profile ‘presence’ which can influence and encourage members, thereby building solidarity and loyalty.

It can hardly have come as a surprise when we consider the labour movement’s historical relationships with the political parties that the ‘social partnership’ model of public sector unions negotiating with government has fallen on stony ground since the ConDem coalition took power in 2010 and has thus broken down a line of communicating advances in collective agreements to members.

One of the key differences between unions is a function of the members they represent. Some have the advantage of dealing with one employment sector, such as doctors, whereas others represent a large number of different types of workers, so forms of communication need to be more disparate and sector-specific. But the ‘trickle-down’ method employed by unions is largely only as good as its network of officials, both paid and lay, and their enthusiasm for organising, while face-to-face methods of communication rely on member participation. Some unions have claimed huge growth in certain areas, such as attendance at equality conferences over the last four or five years, but it is much harder work to engage, establish and maintain a network of reps in the workplace.

A crucial issue widely identified as creating blockages in communication is that of the ‘gatekeepers’ and their mini-me protégés, often identified as stereotypically ‘male, pale and stale’ by the many women, BME and younger people who feel excluded within the movement. Some resistant individuals or groups who have been in position or held power for considerable time (sometimes generations) are perceived to have a more deliberate attitude of withholding information from others, an elitism that exists in and crosses between most social systems, from politics and trade unions to industry and religion. Such entrenched power dynamics are not easily addressed without sustained and co-ordinated campaigns. The trade union movement has been notoriously sexist and racist in the past. In fact, the origins of one can be traced to soldiers returning from First World War fighting to get back their jobs, which they saw as having been taken over by women in their absence.

Another identifiable but subtler form of elitism that prevails within union structures is the paternalistic attitude towards grassroots members whereby officials take part in negotiating activities that are not then communicated to members. This ‘behind-closed-doors’ activity is sometimes justified as a means of protecting the bargaining process, but is seen by members, at least in my albeit anecdotal experience, as arrogance, unaccountability and complacency which in turn creates barriers and mistrust in members who would otherwise seek advice and/or offer support. This problem can be born of either greed or good intention, though I rarely see it as successful, however triumphantly the supposed outcomes are heralded.

The virtually global explosion of social media in the 21st century, whose viral ability to spread the word is purported to be (almost) singlehandedly fuelling events such as the Wisconsin protests has been touted as having happened at lightning speed, having enormous power and outstripping phone and email communication. There have been others who attribute the success of the Arab Spring, and its equivalents in the Middle East, and the Occupy movements across the world to the same phenomenon.

Social media is, according to the New Labour Media blog, creating the solidarity and unity in the labour movement that has been lacking for decades, with union leaders and members connecting across the country in support of the cause. NLM calls this new mechanism for communication a vital outreach tool for local connecting and communication, while recognising that conversely a call to action cannot expect an overwhelming response when members don’t know the leaders they only connect with personally a couple of times a year.

The parallels drawn with the self-organised groups in the Middle East by Tom Hayes in the Huffington Post may seem extreme, but he identifies the emerging threat to traditional power structures that ‘organic self-organization’ poses. Social media is about individual connected to individual, 1-to-1 relationships. Hayes’s theory is that empowering individuals necessarily weakens organisations. The ubiquity of mobile communications has been the guiding principle behind the technology industry’s drive for market saturation and this has had the unintended consequence of democratising knowledge and power – as subversive as the Gutenberg press and its consequences in its day. Hayes describes unions as hidebound institutions trying to slow their decline by getting ‘hip’ to new media and says that attempts to galvanise social network unionism through the Facebook clone UnionBook, started by Eric Lee of LabourStart, commendable though it is, have fallen flat. Walton Pantland’s laudable Cyberunions project with its open-source software and free presentations seems slightly esoteric even to someone like me who is IT-literate and social media-savvy. As Hayes says, ‘People don’t need others to tell them how to organize; they can talk directly to each other now.’

Hayes’s claim that the internet has fundamentally changed group-forming in our time overlooks, however, some basic universal human relationship and anthropological traits, although I do have a little more sympathy for his slightly less startling claim that the presence of more than 2bn people on the web means the rules of social organisation have changed. I agree that we are largely, as he says, no longer bound by proximity or limited information in our selection of the groups we choose to join, though I don’t see why this necessarily has the effect of changing the social contract.

What Hayes does identify, however, is the sense that the ability for ordinary people to have almost universal connectivity across geographical space and time zones will reshape traditional institutions. The campaign group 38 Degrees (an allusion to the tipping point for an avalanche) has had over 6mn actions, and Avaaz’s 15mn membership figure is dynamically embedded in its website so you can watch it rise by the second. These groups’ numerous international successes rely on their entirely new digital approach to campaigning for change not based on any existing worker interest or group model and ranging from citizen journalism and protecting internet freedom to the NHS and secret political lobbying.

Hayes identifies the ‘brand new combinations and permutations of self-organized employees, customers and shareholders wielding more collective power than any institution in history ever has.’ I see this in two significant places.

Cross-networking with related stakeholder groups to wield more influence is a model employed by Citizens UK, and its London branch formerly headed up by Blue Labour guru Maurice Glasman, though not necessarily in the social networking paradigm espoused by Hayes. They describe themselves as the home of community organising to unlock the power of civil society. Their campaigns include fighting for a living wage, housing, Olympics 2012 and migration. Their 250 ‘dues-paying member institutions’ include faith institutions, universities, colleges and schools, trade unions, and community groups.

The second new wave of organising is based around the term ‘netroots’, which is used to describe political activism that is organised through blogs and other online media, including social network services. The word is a portmanteau of internet and grassroots and reflects the technological innovations that set netroots techniques apart from other forms of political participation. Netroots outreach is campaign-oriented activity that uses the web to complement more traditional activities. Netroots UK is an annual one-day event that ‘aims to support the growth of infrastructure, networks and movements for left and centre-left online activism’ and boasts the TUC and Netroots Nation, the US model, among its partners.

Whichever tools or mechanisms of communication organisations use, members/citizens can only be organised and mobilised when they are motivated by dissatisfaction or anger – over inequality, unfairness or corruption. Hayes says, ‘The post-recession economy has left many folks profoundly hurting, while amplifying the yawning wage and wealth differentials between classes of people in our nation.’ He adds, ‘Trust in institutions is at an all-time low.’ This is exacerbated by big banks and businesses closely linked to the current economic woes having been bailed out on the backs of the common man and woman. Thanks to the internet, Hayes claims, people now realise they’re not powerless.

The social media world is changing how we view other people as well as how close to us they feel. Journalists, business moguls and celebrities have their presence splashed all over the internet and they use it as a means of crowd-sourcing and publicity. Paul Mason, BBC Newsnight’s economics editor, is a keen social media user and interacts relatively freely with followers on Twitter. His Idle Scrawl blog post in February 2011 went ‘viral’ when he identified 20 reasons ‘why it’s kicking off everywhere’ (which has since been fleshed out into a book). The kernel of what his analysis concludes is the paradigm shift away from traditional institutions, which Hayes subsequently talks about, towards a new ‘horizontalism’, which he maintains has become ‘endemic because technology makes it easy: it kills vertical hierarchies spontaneously, whereas before – and the quintessential experience of the 20th century – was the killing of dissent within movements, the channelling of movements and their bureaucratisation.’

The trade union movement, in all its guises, be they young or old, male or female, black or white, has yet to understand this, let alone latch onto it.