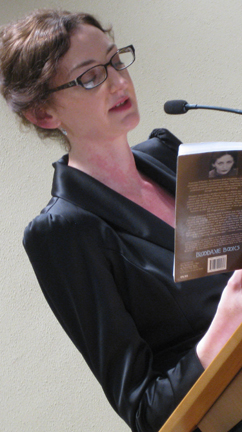 They ask: the world gives them a stone,
revolving until the greater part of her is in darkness.

Out among the night-stations the signals falter,
the mechanism of the cell winds down.

We can do nothing now but watch, watch and wait,
leaving them to the winds, the drag of the tides,

who lately were apt to brood upon themselves and hatch
a rope, a hook, a chair, a bell, a solicitude:

rarely a kindness. To themselves they were least kind.
Like us, they were unable to believe

the frequencies of light concerned them:
they followed the logic of the particle down

to the sea floor, literalists who found a solution.
In this silence, in this immeasurable interval

between systole and dawn, we ask:
she gives us the snowdrop’s sidereal pallor.