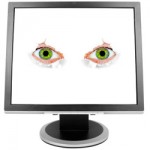 Campaigners against the database state have condemned the announcement of extensions to internet snooping powers in the Queen’s Speech.

The Home Office has not denied reports that it also wants ‘black boxes’ installed across the internet, giving it real-time access to anyone’s internet use.

A similar scheme was shelved by the Labour Government in 2009 following a fierce backlash, including criticism from many Conservative and Liberal Democrat MPs. Its inclusion in the Queen’s Speech marks a decisive U-turn from the Coalition’s May 2010 commitment to ‘end the storage of internet and e-mail records without good reason’.

Andrew Watson, Cambridge co-ordinator of NO2ID, the campaign against the database state, said: “Snooping on your Facebook and Google use without a court order is not ‘preserving powers’, it’s a dramatic extension of the ability of hundreds of minor bureaucrats to spy on anyone and everyone. The Coalition should honour its promise to roll back the database state by severely limiting the number of organisations that can do this and imposing proper judicial oversight on them. Instead, it wants to scoop up even more information about everyone’s daily lives.”