The Oxford English Dictionary (OED) will soon be updating its definition of marriage, according to Gay Star News.

As it stands, the world-famous dictionary of the English language defines marriage as:

the formal union of a man and a woman, typically as recognized by law, by which they become husband and wife 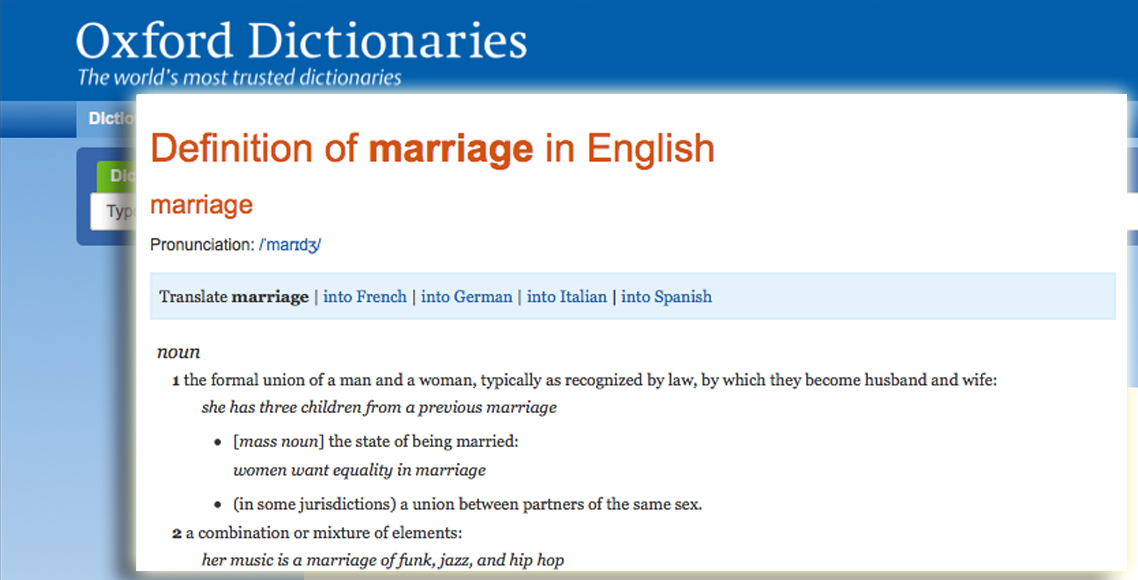 Since the Marriage (Same Sex Couples) Act 2013 received Royal Assent on 17 July 2013, this is no longer the only case and an Oxford University Press (OUP) spokesperson has said: ‘We continually monitor the words in our dictionaries, paying particular [attention] to those words whose usage is shifting, so yes, this will happen with marriage.’

A note under the OED definition, adds that marriage is: ‘(in some jurisdictions) a union between partners of the same sex’. Gay rights activists have long said that if same-sex marriage is legal in any country, it should have the same status as a heterosexual union.

‘We are constantly monitoring usage in this area in order to consider what revisions and updates we may need to make,’ the OUP spokesperson added. ‘As the OED is distinct from other dictionaries in being a historical record of the language, meanings of the past will remain, even while language changes and new ones are added.’