Pay packets worth up to 9% less 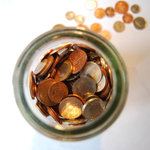 Following last year’s revelation that 97% of the 200,000 new jobs in the UK were part time, official figures show that full-time workers in 277 of 322 occupational groups have suffered a drop in living standards since April 2007.

Trade union GMB has analysed official data from the Office for National Statistics Annual Survey of Hours and Earnings (Nov 2011) to reveal that the real value of average gross earnings for full-time workers in all occupational groups fell by 5.9% between April 2007 and November 2011. GMB say that this is due to the ‘bankers recession’ and stalled recovery.

Paul Kenny, GMB General Secretary, said: “These figures show that the Government’s strategy for an economic recovery is in tatters as living standards in the UK drop by 5.9%.

“Two thirds of the economy is consumer-driven and Osborne must be the only person who does not get it. Squeezing wages, pay freezes and cutting jobs will not restart the economy. Using the IMF measures, his cuts will reduce real private consumption by 4% and GDP by 3.4% over the next few years.

“When the ‘same old Tories’ were returned to power they brought with them the same old philosophy that ‘if it’s not, hurting it’s not working.'”

In the analysis, GMB compares annual average gross earnings data for April 2007 (before the recession began) with the annual average gross earnings for the same occupation for April 2011, plus an uprating for wage increases to September 2011. The changes are measured against inflation over the same four-year period to calculate the real change in the value of these earnings.