Not so rosey outlook for Labour 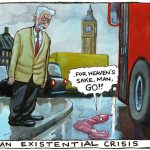 Whichever way you look at the Labour Party fiasco, whoever you support, whoever you blame, the PLP has primary responsibility for a shameful series of mismanaged episodes since 2015, when they put Corbyn on the ballot and changed the membership rules. The sabotaging actions of Hodge and Coffey post-EU ref were an embarrassing shot in the foot, deflecting the media focus away from the mess Cameron has caused, the splits and backstabbing within the Tory Party, the abdication of duty by prominent Tory Leavers, and his own dismissive shrug to the electorate. This was compounded by the ensuing weekend+ of Shadow Cabinet resignations. I was personally told Hodge/Coffey hadn’t canvassed support and there was no ‘plan’ – make of that what you will! I’d have more respect if there had been a plan in place rather than the alternative stupidity of what’s going on! I suspect it was a plan gone wrong.

I’ve been involved in local Labour campaigning since 2010, not long, but in that time we’ve won one national and two local elections, turning out two Tory councillors in 2015 and 2016. I don’t support him, but Corbyn has never once been mentioned to me on the doorstep. He is now reporting similar levels of personal abuse as his opponents. And we’re not going to have any resolution of the leadership till after the next parliament opens. 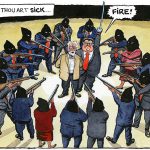 What has shocked me most, however, is the high-handed, elitist, anti-democratic attitude coming from some of my Labour colleagues. (Those also most likely to have called for a second EU referendum because they didn’t like the result.) Parliamentary party accountability and discipline has been abandoned. We were due, overdue in my view, a CLP meeting this week, but that accountability framework has been suspended by the NEC. As have voting rights. Maybe to avoid deselections, who knows? Parliamentary squabbling and intra-party politicking only put off voters. Pontificating about constitutional formalities and scouring the rule book for just cause is not going to get anyone elected. The rules get changed all the time and the objects of the Party are not the same as the procedures. How could anyone think this was the right timing? Did anyone really think this was the way to go into a snap election, as has been suggested? How can you launch a ‘challenge’ without the incumbent? How stupid do you think voters are? Not nearly as stupid as they think we are. You may as well be saying, ‘Dear Voter, we can’t run our party, but we’d like a go at running the country. Go on, gi’us a go.’

Anyway, I’m watching Keir Starmer. Maybe not this time, but at least he looks and sounds like a grown-up.