Islamophobia and the temptress

The debate around ‘Islamophobia’ (Comment is Free, October 2015) is too often polarised around one or other aspect of the relationship between ‘the West’ and ‘Muslims’ and is usually an oversimplified version of the complex interplay between undoubted prejudice directed at Muslims and the co-existing separatist religious bigotry emanating from (some) Muslims.

The experience of the woman doused in alcohol and that of the pregnant woman on the bus undoubtedly stem from anti-Muslim bigotry and there are plenty of people willing to fight against such blatant prejudice, many using the umbrella of Islamophobia. The term Islamophobia was coined in a 1997 Runnymede Trust report to define prejudice/hatred/fear of Islam or Muslims. While the label has become mainstream, both the term itself and the underlying concept have been questioned and heavily criticised, not least by reformers within Islam.

As well as those who complain that the term is inaccurate since one cannot be phobic of an idea, there are Muslims and ex-Muslims campaigning for reforms in Islam, among them Maryam Namazie, of the Council of Ex-Muslims of Britain, and Maajid Nawaz. They say there is a problem of bias against liberal democracy, equality and freedom of speech among some Muslims and the ‘regressive’ left who support them. Maryam Namazie eloquently differentiates between legitimate discourse and prejudice. She argues that an idea or an ideology should be open to debate and even ridicule and uses the term anti-Muslim bigotry to describe the unacceptable demonisation of Muslim people themselves. 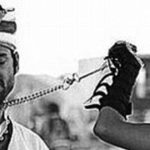 My experience of being accused of causing ‘fitnah‘ and being treated with bare-faced contempt tells me the reformists are right to expect some compromise from Muslims. So, one of the difficulties I struggle with when confronted with the term Islamophobia is my experience of Muslims who are not only not integrated, but who also lack a willingness or desire to be so, due to the lack of respect they have for what they disparagingly call Western values, and who excuse themselves from the standards to which the rest of the UK is held to account at law – particularly non-segregation and equal rights for all. Their insistence on special treatment and their calls to victim status has become in some circles a culture creep of Islamic practice.

I no longer see any validity in the divisive term Islamophobia. But I do acknowledge there are bigots in the world, and some of them are Muslims.