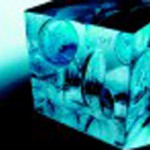 I started reading the comments on an FT story about Ed Miliband (£) expecting at least one cogent objection that took to task the actual content of the article. It was about halfway down that I had to remind myself I wasn’t on the Daily Mail website.

Most people with vested interests need reminding that markets are shaped by the context in which they operate. Duncan Weldon says, on the ToUChstone blog, ‘Miliband’s notion that markets ‘don’t just drop down from outer space’ has much in common with Polyani’s idea that markets are not natural phenomena, they are instead shaped by social, cultural and political factors.’

They need also reminding that corporations, like individuals, have to bear responsibility for their actions. Ed Miliband is attempting to address the constant calls by private industry that its responsibilities should be taken out of the taxpayer’s pocket while they simultaneously despise and criticise the public sector and trade union ‘barons’.

Businesses who ignore their social context are not only short-sighted and lacking self-awareness, but arrogant to the interests of their public stakeholders. Weldon’s blog points to Stewart Wood’s argument that the neoliberalism of Thatcher and Blair created under-regulated markets and growing inequality. Cameron’s and Osborne’s model of capitalism has created the longest squeeze on the living standards of ordinary working families in modern history. Energy, banking, housing and training all need better outcomes – all private sector areas.

Most thoughtful people don’t object to anyone making a profit, but corporations should not be allowed to go stomping around like playground bullies. We should try to make the economy work for everyone. The ‘Big Six’, SMEs, and individual bill payers. That’s what we call civilised society.