Being a grammar geek, my participles are never left dangling 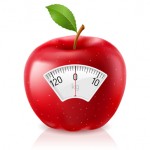 Whether dangling, hanging or unattached, I’m often amused by participles that relate to an unintended subject.

Oops! Did I really mean to say that I’m amused by mishandled modifiers when I am hanging, dangling or unattached? It’s doubtful, but I’m not unique in committing this syntactical sin. Colleagues and friends do it, authors and journalists do it, even Shakespeare is cited in Fowler’s Modern English Usage. Fowler’s does, however, add the ‘remarkable fact’ that unattached participles have only attracted criticism since around the 19th century.

A potted definition of a dangling participle goes something like this: a word or phrase formed from a verb that is intended to modify a noun but the sentence omits or confuses the subject. To clarify:

Standing on the scales, the fruit seemed like the best choice.

The fruit is not standing on the scales. I am. Logically, it’s easy to see that I don’t intend to say that the fruit is standing on the scales, but that is exactly the grammatical link I’ve made. In terms of syntax, the subject of that sentence is ‘fruit’ and it is modified by the participle ‘Standing’. ‘I’, the intended subject, has been left out. What I meant was:

Standing on the scales, I thought the fruit seemed like the best choice.

The noun that the clause is intended to refer to follows the modifying clause and all is clear and logical. Or I can recast the opening clause so that it’s no longer a participial:

As I stood on the scales, the fruit seemed like the best choice.

Mostly, these constructions are easily overlooked or reinterpreted correctly, but they can give rise to genuine confusion: ‘Sitting on my desk, the phone immediately began to ring.’ Did I sit on my desk or is it my phone I’m describing? Trivial, but confusing. Fowler’s Modern English Usage calls them unattached participles and cites many instances, including one of the most amusing, which implies that a hill once took hold of Jeanette Winterson’s infamous Bible :

Picking up my Bible, the hill seemed the only place to go just then.

The Guardian style guide says: ‘Avoid constructions such as “having died, they buried him”; the pitfalls are nicely highlighted in Mark Lawson’s novel Going Out Live, in which a TV critic writes: “Dreary, repetitive and well past the sell-by date, I switched off the new series of Fleming Faces.” Another example, from a leading article: “Due out in January as a white paper, Ms Kelly may be unable to overcome Mr Blair’s apparent determination to stick with A-levels…” And this particularly exotic dangling participle somehow found its way into the paper: “Though long-legged and possessing a lovely smile, gentleman journalists aren’t looking up her skirt and wouldn’t even if she weren’t gay … ”

The Oxford Online definition includes this explanation: ‘A participle is a word formed as an inflection of the verb, such as arriving or arrived. A dangling participle is one which is left ‘hanging’ because, in the grammar of the clause, it does not relate to the noun it should. In the sentence Arriving at the station, she picked up her case, the construction is correct because the participle arriving and the subject she relate to each other (she is the one doing the arriving). But in the following sentence, a dangling participle has been created: Arriving at the station, the sun came out.’

So the next time you’re embarrassed about your dangling participle, don’t say you weren’t warned.