Ask not what our young people can do for our country: why 2m first-time voters won’t make it to the polls in 2015

British Futures’ report on political engagement among first-time voters is the source of some depressing statistics.

In its introduction, Voice of a Generation: What do 2015’s first-time voters think? says:

On 7 May 2015, around 3.3 million young people will have their first opportunity to vote in a British general election. Yet according to new research by YouGov for British Future, more than two million will not vote. Only 41 per cent – around 1,350,000 people – say they’ll definitely cast their ballot next year, which leaves two million young people who will not vote at all.

Although the survey finds young people share many of the same political concerns as the rest of the population – jobs, education, the economy and housing – they have little faith in the political elite, who, they believe, pay more attention to big business (59% of those who are certain to vote), pensioners (17%), homeowners (11%) and even celebrities (10%) than to young people. Only 4% of 17-21 year olds feel that politicians pay most attention to them. 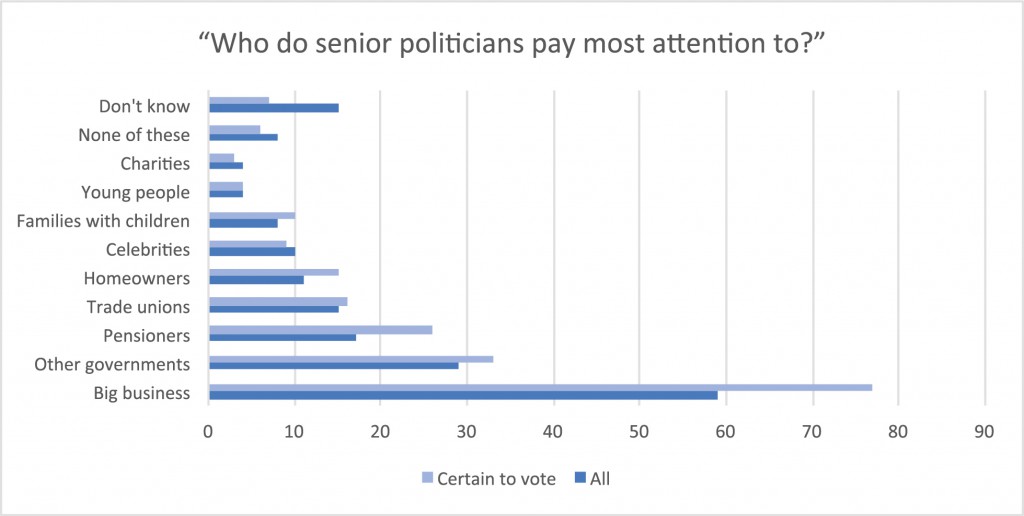 Who do senior politicians pay most attention to? 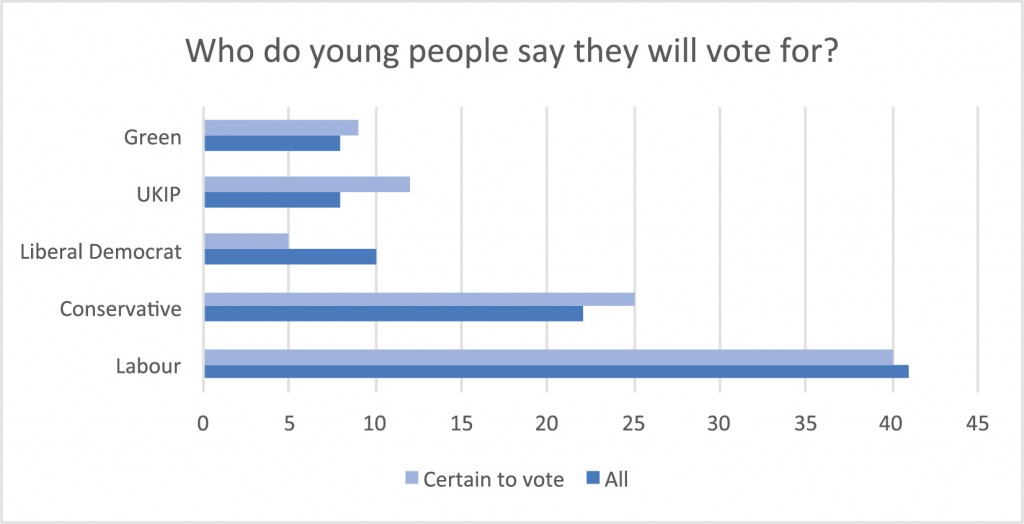 Who do young people say they will vote for?

Tuition fees are putting them off university, they says work is scarce, especially secure employment, and they feel priced out of the housing market – even to rent – and they don’t believe politicians understand the issues that matter most to them.

You can see British Future’s summary Why two million first-time voters won’t turn up in May 2015  here or download the full report Voice of a Generation: What do 2015’s first-time voters think? here (pdf, 231kb).

The roots of our rights

It’s only been in the last 100 years that voting has become a universal right in the UK. Ordinary working men didn’t get the right to vote in national elections until 1918 and women had to wait a further ten years. It wasn’t until 1948 that we were all allowed to vote in local elections – only 66 years ago.

Our current system of government evolved out of the feudal system introduced by William the Conqueror in 1066, when he ruled the nation with the support of the nobility and the clergy, into today’s democratic system where each person gets one vote. For over 900 years, the rich and powerful took charge. We might still say they are in charge, but back then there was no free education, no free healthcare and no social security. We had no right to influence the power they held over us or influence the decisions they made about our lives, like how much tax we had to pay. The monarch and his parliament were unaccountable and undemocratic.

Have a look on Wikipedia for more information at the struggle between the monarchy and parliament and how the rule of the monarchy became the UK Parliament we have today.

During the American Civil War, President Abraham Lincoln gave the now famous Gettysburg Address at the dedication of the Soldiers’ National Cemetery in Gettysburg, Pennsylvania, in which he said that we honour the fallen by resolving “that government of the people, by the people, for the people, shall not perish from the earth.”